Heavy bleeding during periods can be a cause for great concern for many reasons including increasing the risk of developing anemia which can get to the point of being life threatening if prolonged. If left untreated, heavy bleeding can also cause tiredness, weakness, dizziness, shortness of breath when you exert yourself, etc. The following are some of the causes of excessive menstrual bleeding.

What one may consider heavy bleeding may not be so for another but generally, heavy bleeding is when you have to alter your schedules because of the amount of bleeding you are experiencing. When you soak through pads or tampons within an hour or so. When you have to use a tampon AND a pad at the same time in order to contain the flow and still having accidents. Using two or more pads at the same time, suffering frequent accidents as you go about your daily life and while sleeping, etc.

In addition, women who experience heavy bleeding during periods usually have menstrual cycles that last longer than the average of 4 to 7 days. If your periods last for periods of 8 days and much longer, you may be in danger of anemia because of the significant loss of blood.

As mentioned previously, excessive menstrual bleeding can become life threatening requiring hospitalization and even surgery such as a hysterectomy in order to stop the bleeding so it is important not to ignore it when you notice above average bleeding for two or more cycles.

Other causes of heavy bleeding during period include cervical polyps, adenomyosis and endometrial polyps.

Any instance of heavy bleeding should be treated immediately but especially so when heavy bleeding is an early warning sign of cancer such as vaginal cancer, uterine cancer, cervical cancer and other types of cancer.

Besides conventional treatments, there are also many natural remedies for heavy bleeding during periods including the use of various herbs. As always, do monitor your symptoms when you use various remedies and if the heavy bleeding does not stop, medical intervention may be necessary.

This site uses Akismet to reduce spam. Learn how your comment data is processed.

from: Save Dollar Stores 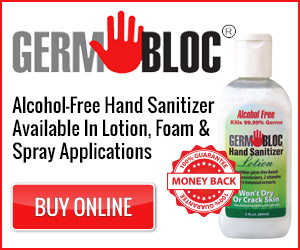